Guri Henningsdatter Stuedal's Family and the siblings who came to America 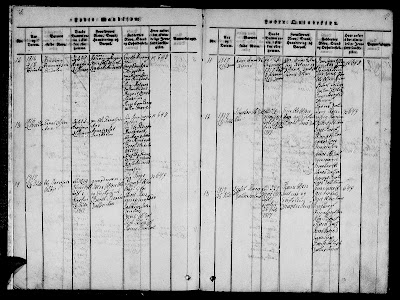 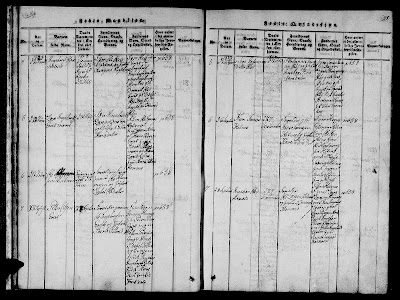 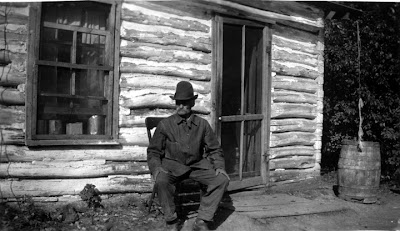 Anders Stuedahl Obituary
Funeral services were held from the P. Sakrismo home Tuesday, Jan. 17, at 1 p. m. and from Immanuel church at 2 for Anders Stuedahl who passed away Thursday morning, January 12, after a lingering illness. Rev. A. H. Amundson assisted by Rev. I. J. Tanner officiated. Two solos were rendered by Harold Skansgaard accompanied on the organ by Mrs. H. Skansgaard. The body was laid to rest in the Immanuel cemetery. Anders Henningson Stuedahl was born on Stuedahl in Tydalen, Norway on Nov. 16, 1851, of parents Henning Henningson Stuedahl and wife, Ingebor Oldsdatter Stuevold. He was baptized January 3, 1852 and confirmed October 11, 1868, in Tydahl's church. In 1882 he left for America and came to Lake Park andi from there to Flom to his sister. In 1892 he went back to Norway to take care of his aged father till he died. In 1894 he returned to Flom. In 1897 he bought a farm in Flom township and lived there till 1917 when he sold the farm. He then made his bome, with his sister, Mrs. Soven till her death in 1928. Since then he has made his home at the Sakrismo farm till his death. They have cared for him the past three years during his lingering illness. He passed awag January 12, 1938, at the age of 87 years, 1 month and 26 days. He leaves to mourn his passing three grand children, Arthur Kirchevold, of Pinewood, Minn.; Mrs. Iver Hoven, of Pinewood, and Mrs. Sylvia Erickson, Thief River Falls, and seven great grand children. Also two sisters, Anna Blom, of Montana, and Lucie Henningsgsard in Norway. His sister, Mrs. Nysetvold passed away three years ago and Mrs. Soven 11 years ago. He is also uncle to Mrs. P. Sakrismo. Visitors from the outside were: From Pinewood: Helmer Kirchevold Mrs. Hans Kirchevold, Mrs. Iver Hoven and Arthur Kirchevold. From Gatzke, Minn.: Erik Aune, Mrs. Ole Ostby, Olaus Erickson and Thomas Ostby. From Grygla, Minn.: Lars Nygsard, Mrs. Gust Saxvold and Mr. and Mrs. Joseph Vold. From Twin Valley: Mr. and Mrs. Ole Nysetvold and family and Mr. and Mrs. A. S. Heiberg. Mr. Stuedahl was a kindly soul, retiring still he won the esteem of those who came in contact with him. Blessed be his memory. (Anders Stuedal was a brother to Guri (Stuedal) Nysetvold.)

Children:
Ingeborg Andersdatter (1879-1960)
Peder Andersen (1881-1958)
Peder A. Sakrismo, 76, of Flom, Minn., died Tuesday in Tydal, Norway, in the home in which he was born. He had been in Norway about two months visiting relatives. The body will be returned to Wagstrom Funeral Home here for the funeral tentatively set for 1:30 Monday in Immanuel Lutheran Church, the Rev. Conrad Greenquist officiating. Born Dec. 2, 1881, Mr. Sakrismo came to the United States to Flom Township, Norman County, in 1904. He homesteaded in Marshall County, Minnesota, two years later. In 1917 he returned to Flom where he had lived since. Mr. Sakrismo married Anna Swenson Oct. 27, 1902 in Norway. She died in January of 1957. Surviving are seven children, Andrew and Lars, of Ulen, Minn., John of Twin Valley, Mrs. Sidney (Elizabeth) Swenson, Flom, Mrs. Arvid (Greta) Engeseth of Lake Park, Minn., Mrs. Marvin (Petrina) VanDenEinde, Bejou, Minn., and Mrs. Bjarne (Signe) Aune of Twin Valley; Sixteen grandchildren and two brothers and two sisters in Norway. A son also preceded him in death.
Peter's wife:
Mrs. P. Sakrismo
Funeral services for Mrs. Peder Sakrismo were conducted Saturday, January 5, from the Immannuel Lutheran church with the Rev. Thomas Boe officiating. Vocal music was by Mr. and Mrs. Paul Nornes, with Mrs. Harold Spielman as organist. Pallbearers were Bjarne E. Aune, Arvid E. Engeseth, Arvid P. Swenson, Marvin L. VanDenEinde, Aaron S. Swenson and Phillip H. Sakrismo. Interment was in the Immanuel church cemetery with the Wagstrom Funeral Home in charge. Anna Svens Sakrismo was born on July 4, 1878, in Tydal, Norway, of parents Sven Erickson Vold and Greta Larsdatter. She passed on to her final rest peacefully at her home on New Year's morning following a lingering illness. She was baptized in Tydal, and grew to womanhood in Ljungdalen, Sweden. She was confirmed in 1894 in the Storsjaa Lutheran church, Storsjaa, Ljungdalen, Sweden. On the 27th of October, 1902, she was united in marriage to Peder Sakrismo in the Tydal Lutheran church. He survives her departure. They immigrated to Twin Valley in 1904, where they resided for two years before moving to Marshall county, where they farmed for eleven years. They then moved to their present farm home, where they have resided the past forty years. Mr. and Mrs. Sakrismo were the parents of eight children, all of whom survive to mourn the departure of their beloved mother. They are: Mrs. Sidney (Elizabeth) Swenson of Flom, Andrew of Ulen, Sven at home, Lars at Ulen, Mrs. ARvid (Greta) Engeseth of Lake Park, Minn., Mrs. Marvin (Petrina) VanDenEinde of Bejou, Minn., Johnny at home and Mrs. Bjarne (Signe) Aune of Minneapolis. Fifteen grandchildren also survive. Since coming to Minnesota, she was always an active Ladies Aid member, a charter member of the Immanuel Ladies Aid, and a member of Immanuel Lutheran Church.
Henning Andersen (1883-1923)
Johan Andersen (1885-1893)
Beret Kristine Andersdatter (1886-)
Tomas Andersen (1889-1968)
Ingeborg Marie Andersdatter (1889-1963)
Ingebrigt Andersen (1896-) 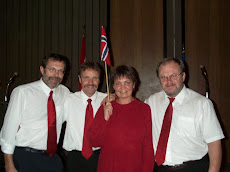